Hello to all my supporters of the "creative" Ingrid.
Let me first describe how it all got started. Our model, who may seem familiar : ) Shirleen Lacanilao was scouted by San Fransisco's Wedding Photographer, Erica Berger. Erica was going to be in New York for a few days and wanted an urban feel to add to her already fantastic website. Shirl was our girl along with our male model, Christian Jordan, photo assistant, Chelsea Franks, and featuring me as her stylist. 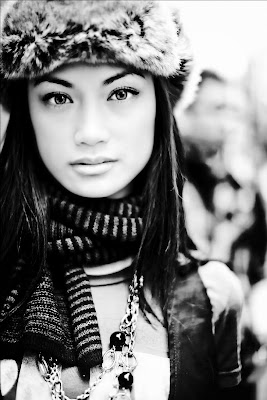 The collaboration of the team gave off a great energy. With COLORFUL URBAN ROMANCE on our minds we were all on the same page. The shoot got off to a late start (models!) but from the first shot taken in the middle of New York City's hustling Grand Central Station, to LOVE in Midtown, to Winter in Rockefeller Center, to fashionista corner on Fifth Avenue, to high end magazine house in SoHo, to crazy shops on Canal Street and the color of Chinatown, the camera didn't stop clicking. Erica was great at her craft. She "captured the day as it unraveled" taking pictures ANYWHERE! You had to really be on your toes because once you would look back there she was holding up her camera ready for another shot.
After a long day of work we threw in the towel and went to a small place called Hop Kee where we filled the crew up with some good MSG filled beefsteak, fried porkchops, and pan fried noodles. (I think I'm hungry.)

There are going to be more pictures to be sent over but these are the few that Erica picked out to put on the web for public view. It's already gotten motivating feedback. Hopefully, I'll get to show you more pictures that I've styled at different shoots. So let's keep our fingers crossed that I get to revel in my new creative side, dealing with interesting people and dressing them up to show their beauty or pulchritude inside and out. 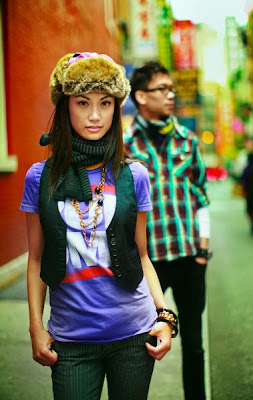 Erica Berger at http://www.ericaberger.info/ Especially for those looking to get married. Ahem, I know who I sent the link to my blog to.